The stock market has been quite a roller coaster ride for the majority of 2020. A lot of factors have influenced the ups and downs, beginning with the spread of the COVID-19 virus in March. I would like to take an in depth look at the data behind where the market has been and where it could possibly head.

Early in the year, market indices were setting record highs on almost a weekly basis. In February, unemployment rates hit a 50-year low at 3.5%. Retail sales were skyrocketing, and many companies were thriving. As we fast forward into March and April, the market’s upward trend hit a brick wall, quickly reversing course as our country went into lockdown in an effort to combat the spread of the COVID-19 virus. Some companies were forced to shut down temporarily (and some permanently), forcing millions of people out of work.  In April alone, employment fell by a record 20.8 million.

The market made some of the wildest swings in its history during this time frame. The Dow Jones Industrial Average (DJIA), for example, fell from approximately 29400 at the end of February to 18200 by mid-March. It has since recovered to levels above 27000. This could be attributed to a number of factors, ranging from the record improvement in employment numbers to the possibility of a vaccine.  However, one major factor has been understated—the Fed.

Let’s take a look back at the Financial Crisis of 2008-09. Financial markets began to fall like a house of cards as housing and mortgage bubbles began to pop. Some money markets even fell below their par value, sending everything into a tailspin. With Ben Bernanke at the helm, the Fed took unprecedented actions at this time. The federal funds rate was immediately cut to zero. Liquidity was eased as much as possible, allowing for corporations to quickly and easily obtain loans to receive the necessary capital to stay in business. Banks were even “bailed out,” in an effort to prevent further downfalls. The Fed made it clear they would take whatever measures needed to support our economy, as they continued to infuse the economy with multiple stimulus packages. The Fed also pledged to keep rates at zero for as long as it would take to recoup, using phrases such as, “lower for longer,” and, “until we reach full employment.”

These actions quickly impacted markets.  First, the value of the U.S. dollar fell rapidly.  Simply put, if more dollars are being put into the system, they will not be as valuable.  This was reflected in the prices of many commodities, with a barrel of oil above $100, a gallon of gasoline over $4, and even a gallon of milk costing $3.50-$4.00.  This wasn’t unexpected, considering if the dollar is worth less, it will take more dollars to buy a product with all else remaining equal.  Markets quickly recovered, sending the DJIA from a low mark of 6500 in March of 2009 to almost 18000 before the Fed finally raised rates again in December of 2015.

Today’s markets bear a lot of similarities to the markets in 2008-09.  An unprecedented set of circumstances led to a dramatic move in the market, sending markets and the economy into uncharted territory.  Excitement over a strong economy quickly shifted to fear, and many investors remain frozen on the sidelines.  Jerome Powell leads the Fed today, and his actions are very similar to those of Ben Bernanke.  Rates have been slashed to zero, using familiar phrases again like, “lower for longer,” and “until we reach full employment.”  Huge stimulus and loan packages have been implemented to provide much needed aid to struggling businesses.  Again, we have seen quick recoveries in many of the markets.  So, the question remains: where do we go from here?

Other factors may cause short term swings in the market, which may make you feel uneasy about which direction the market is heading.  Yet if we step back and take a look at the bigger picture, most indices are sneaking up on their all-time highs already, with some such as the Nasdaq exceeding those levels.  It is a given that there will be short term hiccups along the way, such as when the government shut down in 2013, the U.S. debt downgrade in 2011, or Brexit issues.  Even faced with these matters, the Fed’s mission remained constant and the market reacted accordingly.  Today’s Fed actions are almost identical to those during the Financial Crisis.  The narrative is always subject to change, but if we use history as indicator, the market could be sitting near the beginning of a new bull market that could last for years to come.  Too many times we hear, “this time it’s different.”  The truth is, it’s usually not that different.

A phrase from Yogi Berra comes to mind during this time, “You can observe a lot by just watching.”  But I have made it a point to do much more than just watch.  I have been in constant contact with clients, repositioning them in the most opportune places to better guide them toward their specific goals.  By taking note of the outcomes of particular actions in the past, we can better determine and predict what outcomes we can expect today if those are actions are repeated.  The definition of insanity is repeating the same thing over and over, but expecting a different result.  Unless the Fed were to change course or an alternate set of circumstances were to arise, it would not make much sense to us to believe that we are not entering a new phase of a bull market. 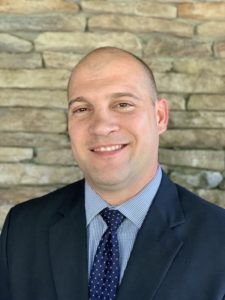 If you or a friend are looking for a second opinion to review your portfolio, feel free to contact me at 304-693-2727 or email me at jr.frenzel@goodlifefawv.com.

Dow Disclosure:  The Dow Jones Industrial Average is comprised of 30 stocks are major factors in their industries and widely held by individuals and institutional investors.

NASDAQ Disclosure:  The NASDAQ Composite Index measures all NASDAQ domestic and non-U.S. based common stocks listed on The NASDAQ Stock Market.  The market value, the last sale price multiplied by total shares outstanding, is calculated throughout the trading day, and is related to the total value of the Index.  The NASDAQ Composite Index is an unmanaged index which cannot be invested into directly.  Past performance is no guarantee of future results.